Differentiation of salmon in Poland and Germany 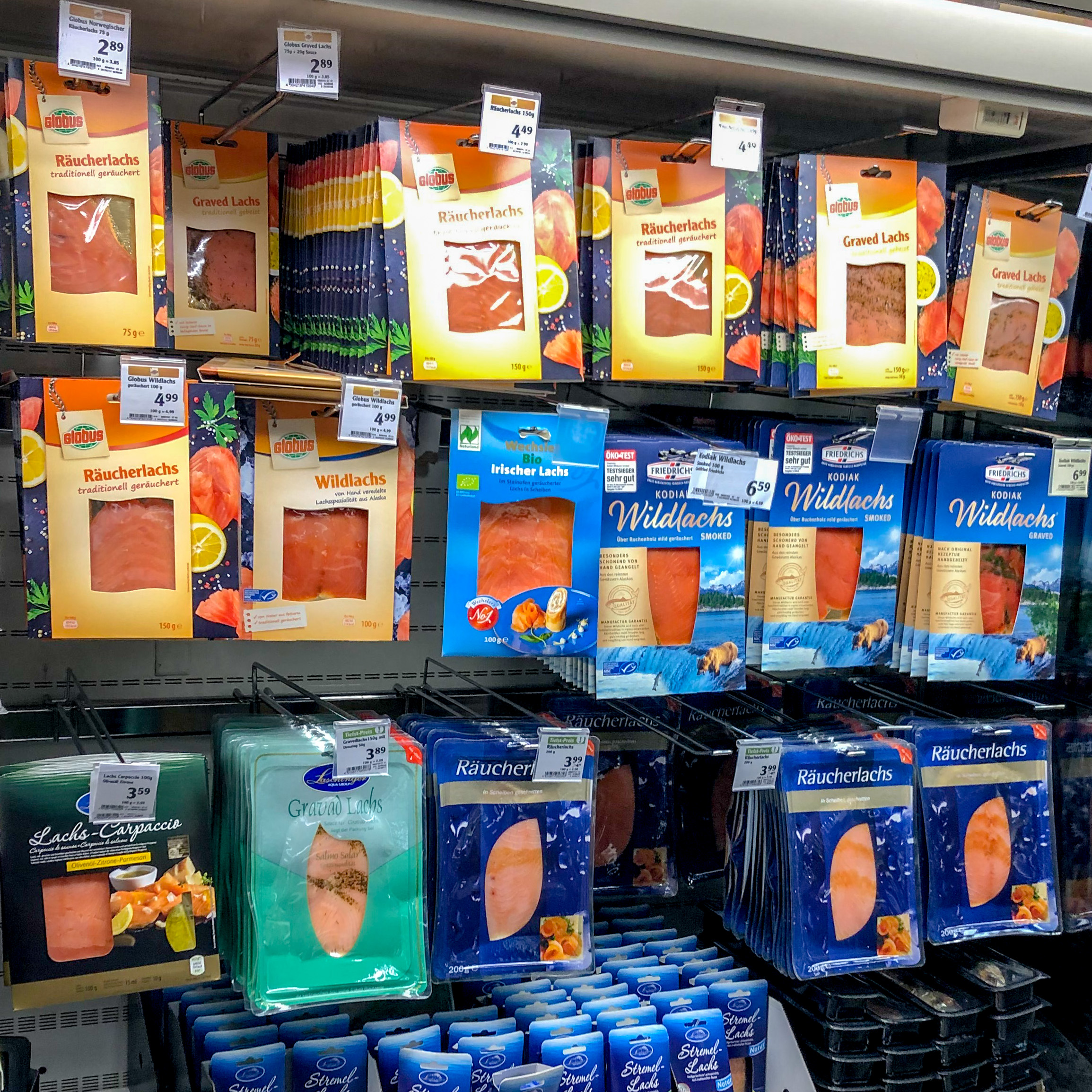 “We did not find quality differentiation in the German supermarkets we visited. However, premium products, which communicate higher quality through price and packaging, were present in the market. The interviews provided a lot of interesting information”, says researcher Morten Heide.

The next step is to analyze the interviews carefully to find out how Norwegian salmon products can stand out based on quality characteristics, so that value can be increased.

More pictures from the store shelves in Germany:
(All photos: Morten Heide © Nofima) 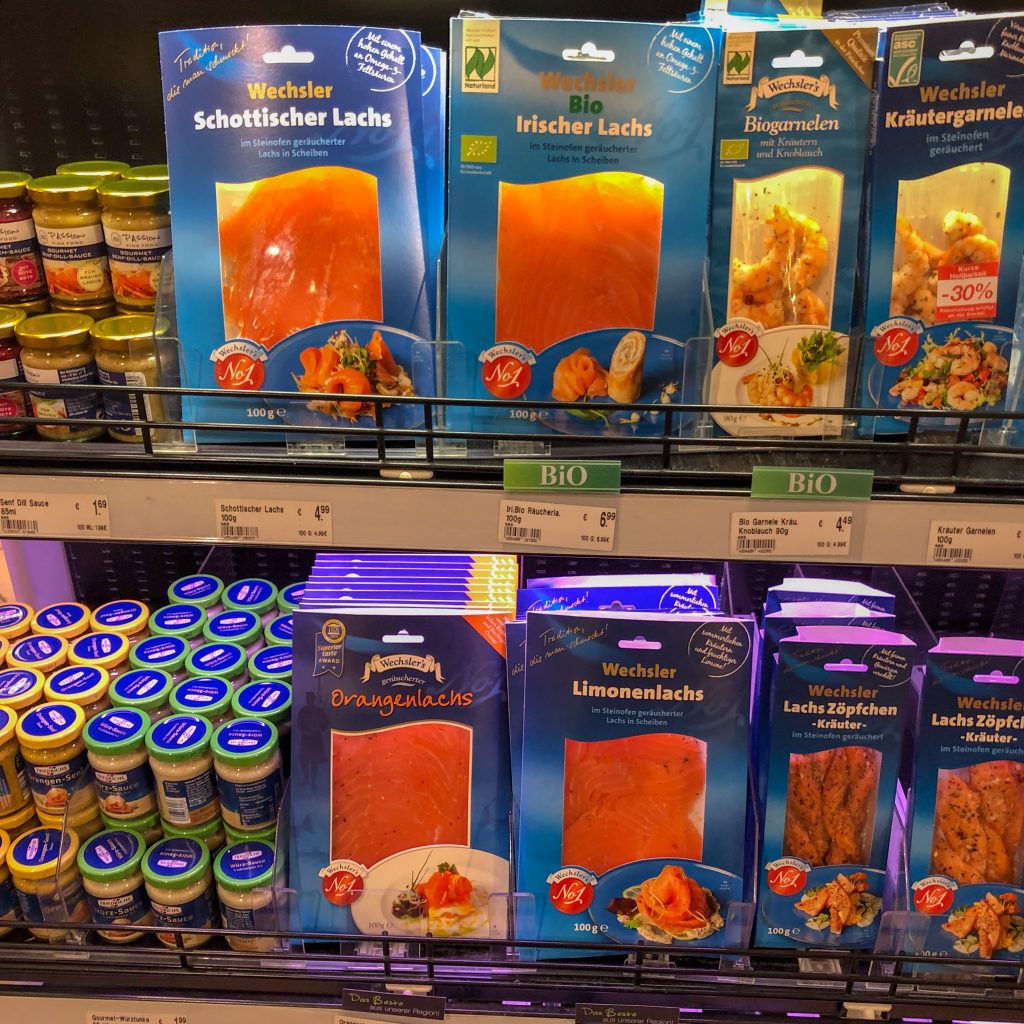 The German supermarkets had a good selection of smoked products, which were differentiated by origin and whether they were organically produced. 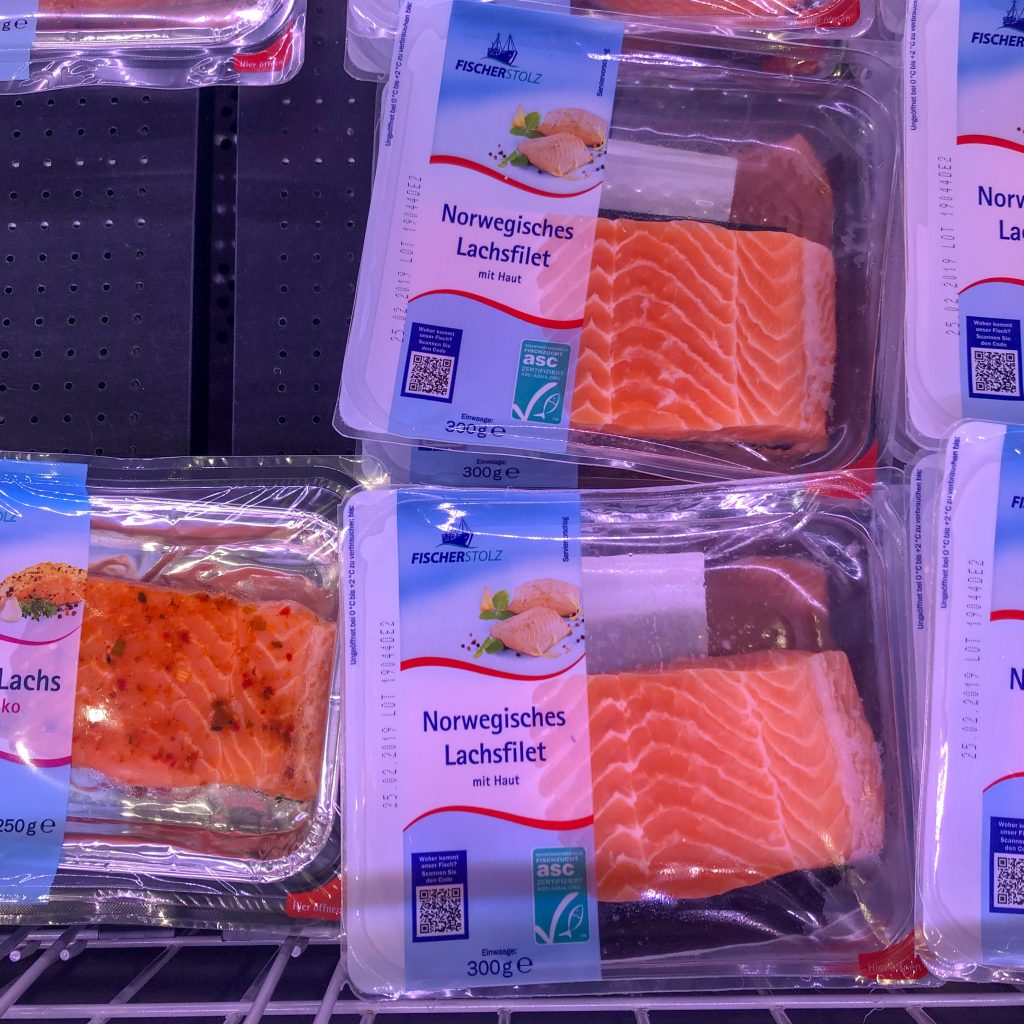 Fresh natural pre-packaged salmon was found in discount supermarkets in Germany. It was differentiated by ASC labelling. 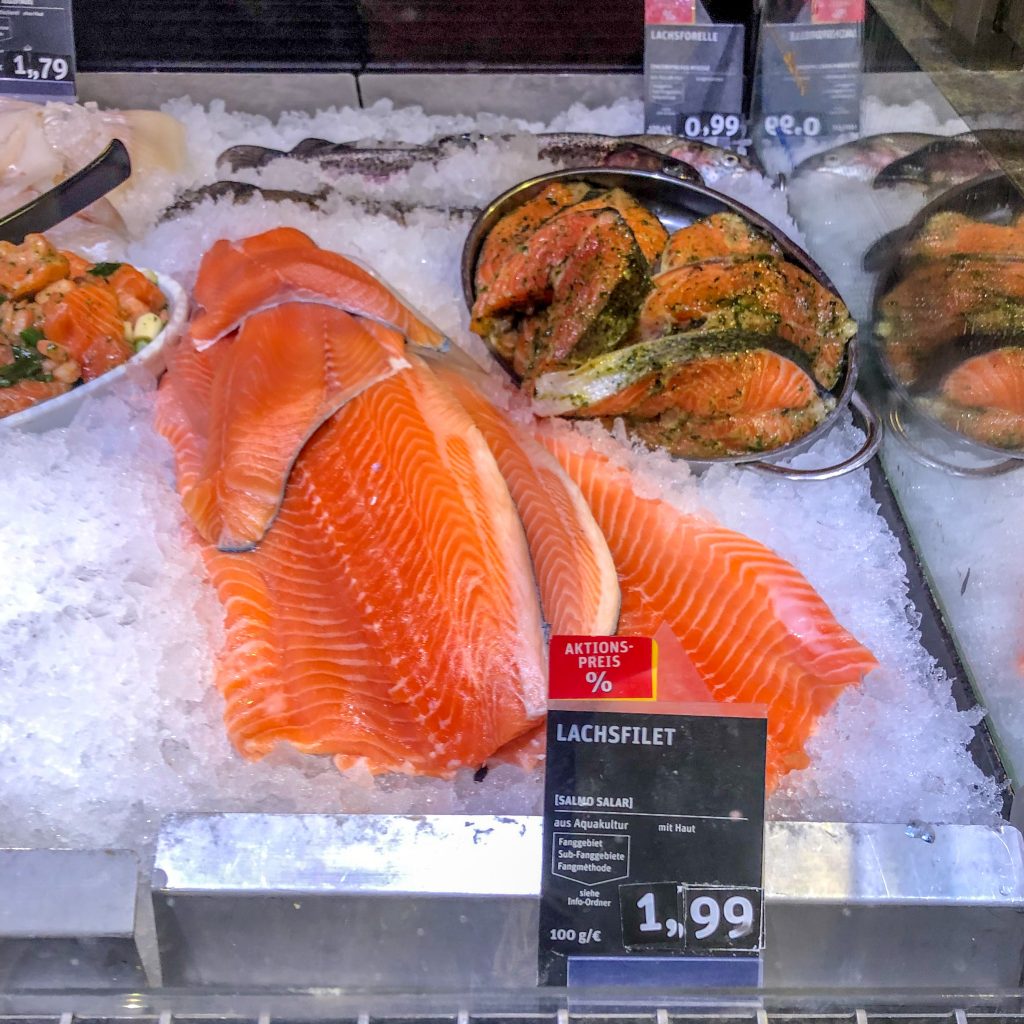 Small fish counters in Germany are dominated by salmon. 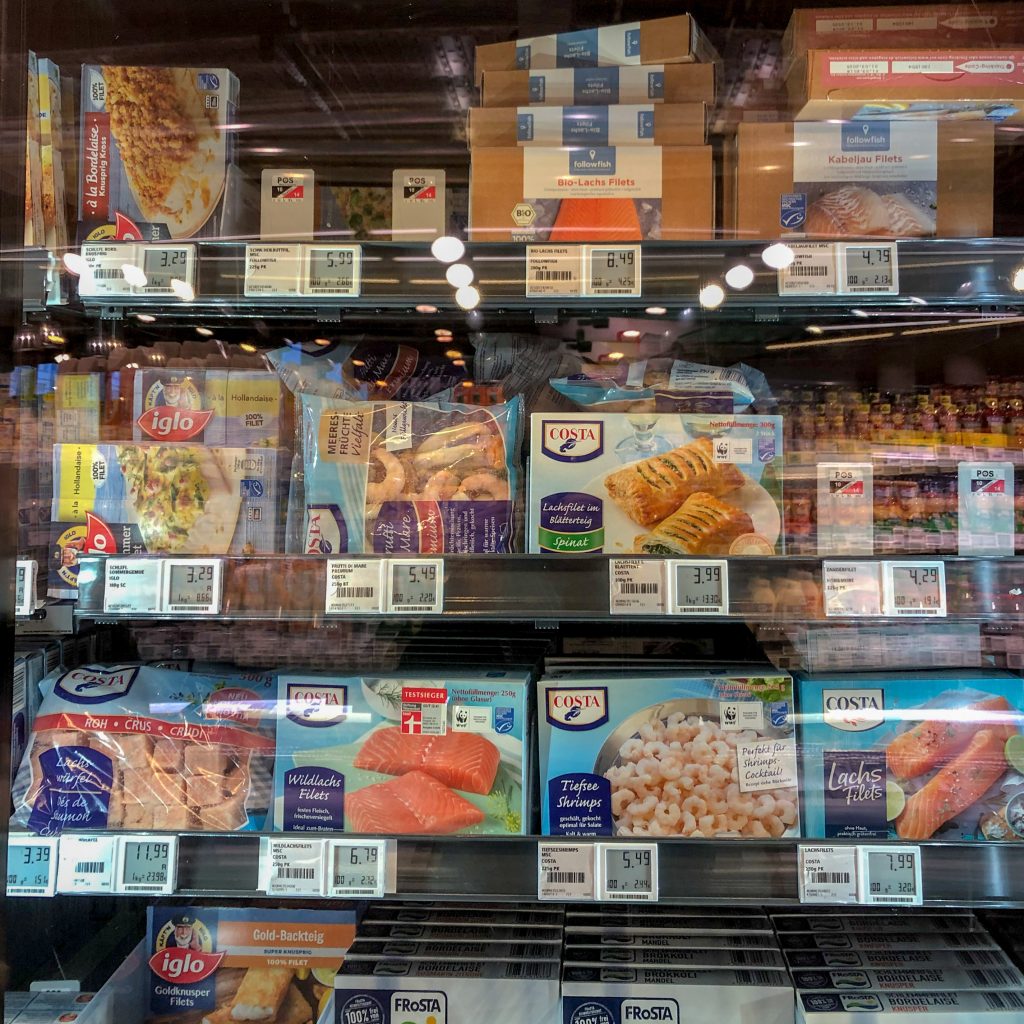 The researchers found the best selection of natural salmon products in the freezer compartment. These were differentiated by wild/farmed and whether they were organically produced. 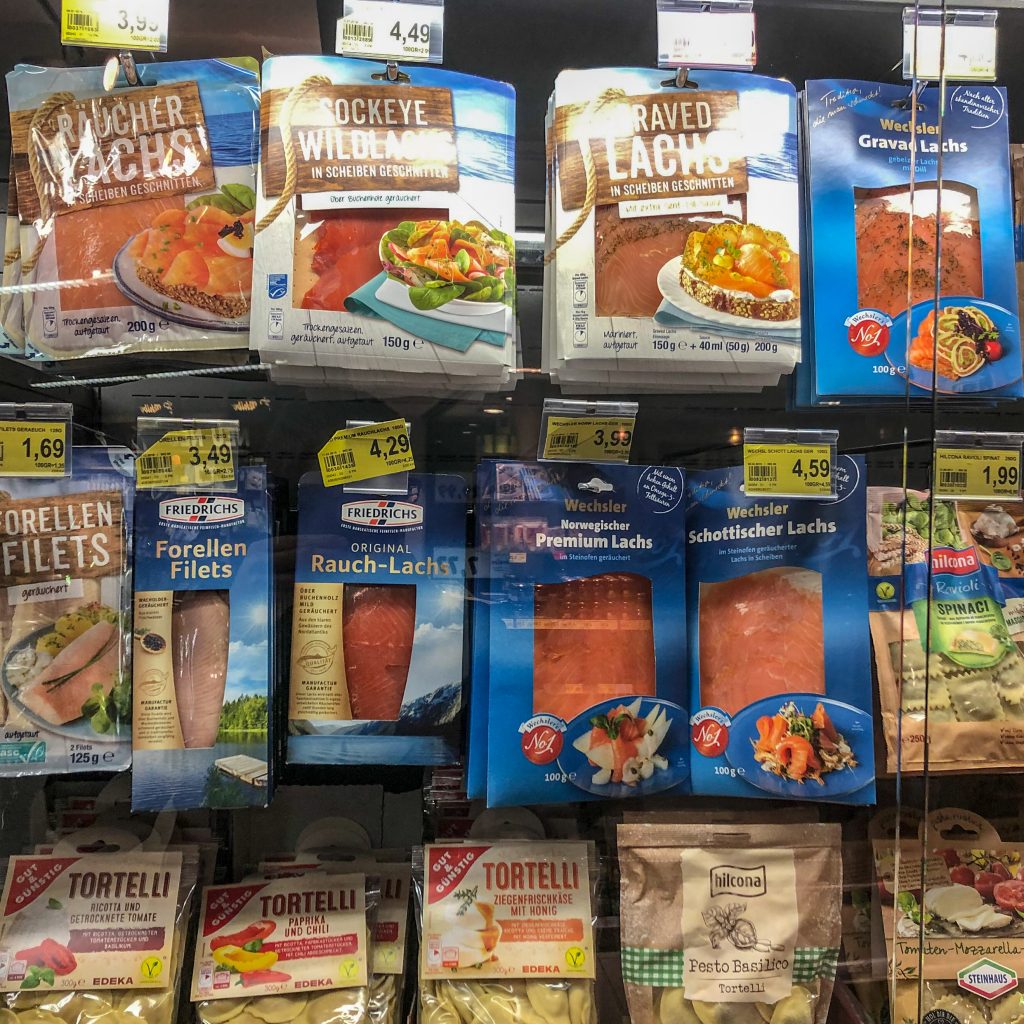 Good selection of smoked products, differentiated by origin and by wild/farmed.